I Wonder as I wander 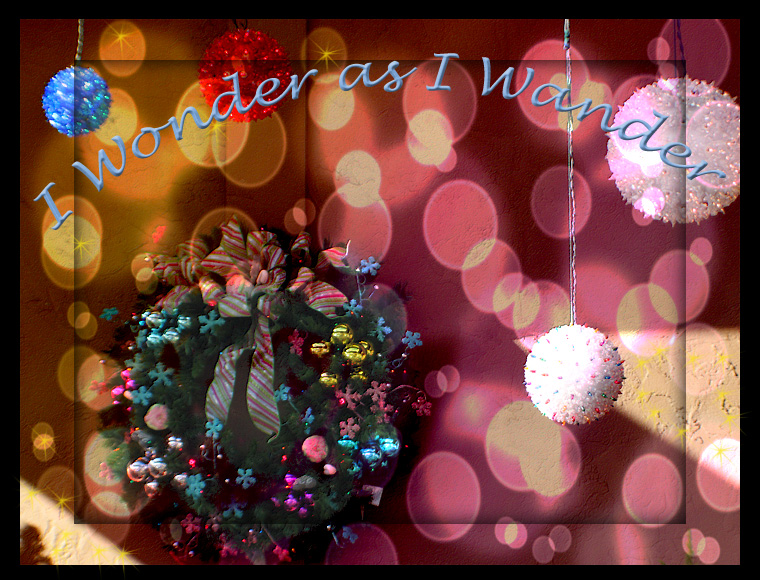 Collected by John Jacob Niles in Murphy, NC in July 1933 from a young traveling evangelist Annie Morgan. According to Niles, he asked her to sing the song repeatedly until he had memorized it. It was published in his 1934 Songs of the Hill-Folk. Written in a minor key, it's qualities of pensiveness make it one of today's most popular carols.

2. When Mary birthed Jesus 'twas in a cow's stall,
With wise men and farmers and shepherds and all.
But high from God's heaven a star's light did fall,
And the promise of ages it then did recall.

3. If Jesus had wanted for any wee thing,
A star in the sky, or a bird on the wing,
Or all of God's angels in heav'n for to sing,
He surely could have it, 'cause he was the King.

The comments to this entry are closed.